Fear Factory, the thrash/industrial cross-over band, have released an album teaser on YouTube. The teaser includes short clips from each song on the new album, which is called The Industrialist. From the sound of it Rhys Fulber, of Front Line Assembly, has had quite a lot of input into the new record.

Fear Factory has released a special trailer that is a visual preview into the story behind their forthcoming new album, The Industrialist. Set for release June 5, The Industrialist is the second album written by vocalist Burton C. Bell and guitarist Dino Cazares since reuniting in 2009 after a seven year split. An audio snippet for the album's lead single, "Recharger," is now available at the band's official YouTube page; the single available via ITunes, Amazon and other online retailers beginning April 24.

As previously announced, The Industrialist is a conceptual record based around a short fiction written by Bell; lyrics to the album's ten songs divulge the narrative as discussed recently by Bell with Decibel Magazine. The album will be available on three formats -- standard CD, a limited edition deluxe digi-book (featuring two additional songs), and 180-gram double vinyl. Pre-orders for the album in all formats will be available shortly via Candlelight Records' official webstore.

Bell notes, "the protagonist (The Industrialist) is the incarnation of all industries in the form of an automaton. The mechanical, technological, and scientific advances through the industrial age led to the creation of The Industrialist. In the story, the automaton becomes sentient as it collects memories with each passing day. Through observation and learning, it gains the will to exist. What was meant to help man, will eventually be man's demise."

The Industrialist follows the 2010 release of Mechanize. Widely regarded, the album was the first release from Fear Factory in six years. Mechanize debuted on Billboard's Top 100 album chart week of release and topped CMJ's Loud Rock radio chart as programmers embraced the band's triumphant return. Sirius XM and Headbangers Ball's host Jose Mangin noted, "after Mechanize dominated 2010 as Liquid Metal's Album Of The Year, North America is chompin' at the bit to get an ear full of new Fear Factory. I have no doubt that Fear Factory are going to kick our collective asses in 2012."

Members of Fear Factory are currently in Los Angeles rehearsing for upcoming performances in South America followed by their first US tour since late 2010. Bell and Cazares presented the Comeback of the Year Award last night at the 4th Annual Revolver Golden God Awards; an award they were nominated for in 2010. The band looks to film a video for the album in the coming weeks; details to be announced shortly.

For all the latest tour dates visit: http://www.FearFactory.com
Rhys Fulber

islnds: new album "History Of Robots" with Chris Letchford and Joey from The Reign Of Kindo 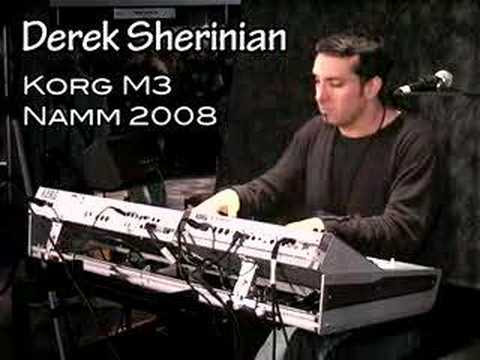