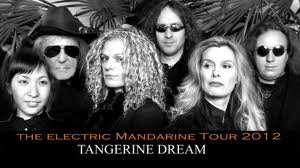 A short news clip on Tangerine Dream has been published in the latest edition of Classic Rock Presents Prog. The clip states:


Tangs Return
Tangerine dream play one-off UK date, get fruity on 45th anniversary.
German synth pioneers Tangerine Dream return to London on June 24 for a special one-off show at the O2 Shepherd's Bush Empire as part of the groups Electric Mandarine 2012 Tour. As the Tangs are currently celebrating their 45th anniversary, fans can expect to hear more vintage material than usuual.
"We play London nearly every year" explains main-man Edgar Froese, "so we set things up differently this time. We did a poll on our website for which titles have moved people most in our career, the ones they grew up with and even had during the darkest hours in life. So we'll have a compilation of those and hopefully this time we'll have the answers to people's musical desires without being a jukebox."
Although famous for the mountains of analogue equipment which dwarfed the band on stage back in the 1970s, TD 2012 is a decidedly modern touring beast. "In the 80s we toured with lots of trucks, buses and dozens of people," says Froese. "At breakfast, we could watch them eating our money! And what for? Today we have a small, effective crew and we broke down our equipment to our basic needs but can still offer a special sound and visual experience." 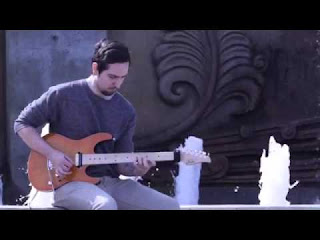