Almost all the past and present members of Yes have been interviewed for a book by band archivist and rock radio presenter Jon Kirkman.
He’s spoken to 16 of the 18 musicians to have graced the prog giants with their presence, and the results are to be published as Time And A Word.
Appearing so far are Peter Banks, Jon Anderson, Chris Squire, Rick Wakeman, Alan White, Geoff Downes, Bill Bruford, Billy Sherwood, Tony Kaye, Patrick Moraz, Tom Brislin, Trevor Rabin, Steve Howe, Oliver Wakeman, Benoit David and Jon Davison.
Kirkman says: “It’s a fascinating story for Yes fans, rock historians and anyone interested in the complex and creative relationships within a band of its stature.
“Since I know them so well, they’ve been able to talk openly and honestly about events over the past four decades.
“The book includes a Yes timeline to anchor the material, together with an impressive collection of rare and unseen on and offstage photos, and an album-by-album listeners’ guide. Much of the material has never been seen in print before.”
Time And A Word will be launched in limited-edition large format by Rufus Stone Publishers, with a conventional edition due later this winter. Some of Kirkman’s interview recordings will be included on a bonus CD. For more information visit
www.yesphotobook.com/.
Geoff Downes Oliver Wakeman Patrick Moraz Rick Wakeman Tony Kaye Yes

Laurie Monk said…
I know what you are getting for Christmas... booked your cruise yet?
4:38 pm 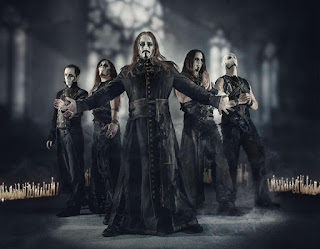