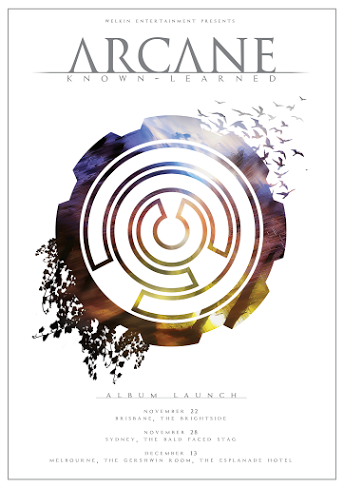 Described as a story that’s told without using the “traditional concept album” approach, the double-disc set aims to “depict fragmented moments in the lives of a father and his daughter – their loss, their love, their journey.” Hear lead track Instinct below.

Arcane, who have toured Australia with Anathema, Queensryche and many others, completed recording after a crowdfunding campaign that hit its target in just three days.

Known/Learned is available via Sensory Records in Australia on January 20, and it goes on sale in the UK on March 2.