On the 23rd January Lion Music will be releasing the following album:

Some of the best artists from Lion Music's roster interprets the music of perhaps the greatest composer ever in new exciting arrangements.

Mixed and Mastering by Chris Aiken at Studio 124

Here's what Maestro Mistheria has to say about his track:

Johann Sebastian Bach's “Dorian” Toccata BWV 538 has always been one of my Bach's top works and one of my favorite masterpieces ever. I learned and played it on Pipe Organ during my studies at Music Conservatory and I've always been fascinated by its powerful and majestic sound, to not mention its evocative and “metal” theme.

My idea behind the arrangement of this masterpiece was that I should not cover each single original note, but “capture” the idea behind, the “meaning” and elaborate it mixed with what's in my own taste and style. It's like it happens when writing a Fugue in which the main theme (subject) is elaborated several times without never loosing the “umbilical cord” with the opening subject theme. Next element I considered has been to “transpose” the original score for Pipe Organ, which is my Classical main instrument, to the Synthesizer, my Metal main instrument. Simply, I didn't want it played on a Pipe Organ because that would be too obvious and it already exists this way, I could not, for sure, make it better than original.

In the arrangement, the original main themes featured in this legendary Toccata are played by analog and digital synth sounds, alternating them with originally written vocal, choir, piano, guitar parts and keytar solos, in the way I've always wished to play since my first approach with this legendary work. Adding choir is just what I love because there is no other sound which can give such a majestic atmosphere combined with a powerful “Tutti” pipe organ.

I nick named the arrangement “Inferno” because that is the place where the “Dorian” Toccata brings me when playing it on a Pipe Organ. There are elements scattered here and there over the arrangement which reminds that kind of atmospheres, the opening sound introduces you just there...

Small curiosity: the middle Piano part came out accidentally. I was rehearsing that section on my keyboard and expected to have a synth sound selected, instead pressing the keys it was a Piano sound playing... I loved that “voltage drop” and, matter of a second, I decided to make a “space” in the arrangement with an almost “Romanticism” insert.

I hope that my arrangement didn't disappoint Mr. Bach which is the father of Rock music, and You which are the most important aim of my work. In the end, thanking Johann Sebastian and You, I conclude sharing with this my recurrent thought about him: “I'd love to be, just for a day, in the mind of the greatest music genius ever lived, than I could die.” 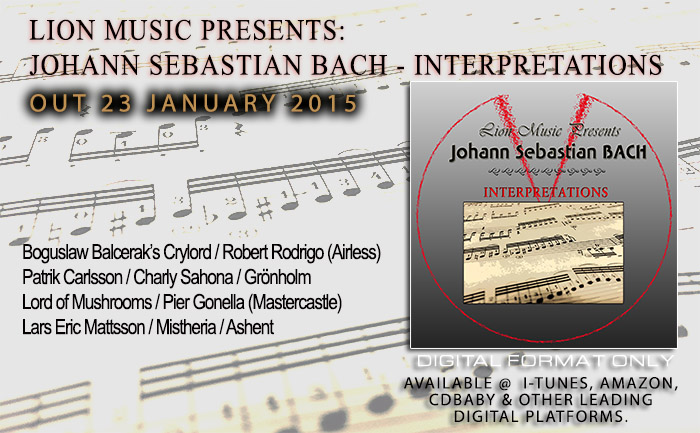