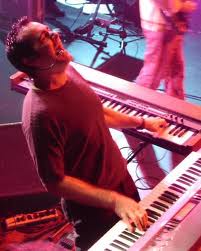 The Neal Morse Band are set to release their new album The Grand Experiment on the 16th February 2015, and the pre-order for the album will launch on the 19th January 2015 at www.insideoutshop.de

They also recently launched a video for the album's title track, which you can view here:


For the first time ever prog icon Neal Morse came into a recording session with his long-time friend and collaborator Mike Portnoy, Randy George, Bill Hubauer and Eric Gillette...with NOTHING! He had no prepared material at all. Neal comments: "I wanted to see what it would be like to create freely in the room with no preconceived notions. It was quite a risk!" On previous albums, like the Testimony album for example, Morse had the entire album written in advance. "I used to be rather paranoid about whether things would turn out in the short space of time we had available...so I would fill all the space in advance!" This album was totally different. "I made a lot of room for the other guys to create and express themselves and the result is outstanding! We wanted to experiment, do something a bit different, and see what everyone is capable of...we found out...in SPADES!" The results are obvious. This was a "grand experiment" that produced something far beyond anyone's expectations. The main disc, containing 5 tracks, 2 long prog epics that are sure to be favourites for years to come, as well as 3 shorter songs including the catchy rocking title track "The Grand Experiment" is sure to blow the minds of all prog fans and appeal to anyone who loves hooky song writing with virtuoso performances from some of the best musicians in the world. The Grand Experiment was mixed by Rich Mouser.


The Grand Experiment will be available as:
-2CD & DVD Special edition digipak featuring a bonus disc of unreleased studio and live tracks plus a 'Making Of' DVD
-180g LP + 2CD featuring the full standard album on CD plus the bonus CD
-Standard edition jewel case CD


The track-listing for the main album is as follows:
1. The Call
2. The Grand Experiment
3. Waterfall
4. Agenda
5. Alive Again

The band will hit the road in Europe next year in support of the album, and the full list of dates can be found below. Swedish progressive-rockers Beardfish will support on all dates, playing music from their forthcoming new album '+4626-COMFORTZONE' which is due out 12th January 2015.