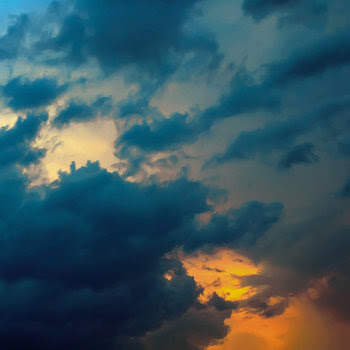 Black Horses of the Sun is the latest release from Dave Bessell. This artist will be familiar as one of the founding members of analogue supergroup Node but has also in recent years released a number of fascinating solo recordings (including Morphogenic with Parallel Worlds DiN41).

These new tracks build on the distinctive detailed atmospheric style of previous releases and add a more melodic focus that gives the proceedings an extra layer of interest this time around. As with previous releases nothing is quite what it seems in the sonic worlds created here, melodies frequently take an unusual twist and the tracks can sometimes take off at an unexpected tangent. The tools are predominantly analogue hardware with a sprinkling of contributions from custom written software alongside treated guitar. The atmospheres range from mysterious to darkly foreboding with occasional more relaxed flashes of ambient sunlight. Overall there is often a widescreen cinematic sense of scale which would not be out of place in a film soundtrack. An eclectic variety of stylistic influences flicker through this music, from classical to industrial, Berlin school ambient to jazz, to the Eno, Fripp & Bowie collaborations of the Berlin years through to echoes of psytrance. All make their appearance from time to time.

On this release Dave Bessell is joined on a track each by Ian Boddy (well known mainstay of the UK analogue synth scene), Lyonel Bauchet (French TV and Film composer and all round Buchla wizard) and Liam Boyle (incredibly versatile soundtrack composer and Beatles fanatic). Each add their own distinctive contribution to the proceedings. Overall a varied and intriguing release which never falls into the predictable patterns of analogue electronica, combining masterful evocative sound design with intricate arrangements, this will repay repeated listenings and is not to be missed.