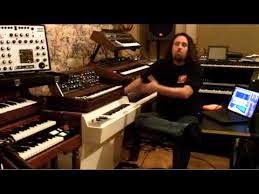 Former Sound Of Contact man Dave Kerzner has released a deluxe edition of his New World album.
The original launched last year and featured Kerzner's main guitarist Fernando Perdomo along with a host of guest appearances from artists including Steve Hackett, Keith Emerson, Francis Dunnery, Heather Findlay, Nick D’Virgilio, Simon Phillips, Billy Sherwood, David Longdon, Durga McBroom and Colin Edwards.
The new edition features a total of 23 tracks, including five additional songs, seven instrumentals and extended versions of material from the 2014 release.
Kerzner says: “All the new songs are placed in their correct order within a concept album. This isn’t just the album plus a bonus disc of outtakes – these are songs that could have been on the main album but there simply wasn’t enough room on one CD.
“This version has longer intros, outros and segues which gives it a live concert and movie-like feel to the overall listening experience.”
It’s out now via Burning Shed while a specially remastered version is available digitally on iTunes.
He’s also working with Dunnery in a project called Sonic Elements. They’re involved with a remake of Genesis classic album The Lamb Lies Down On Broadway. D’Virgilio, Sherwood and Steve Rothery are among artists guesting on the tribute which is due for release later this year.