Iamthemorning: Added to the bill of Desertfest. 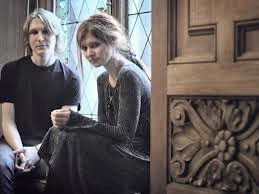 Desertfest have announced four more artists for the Prog stage at the upcoming London festival.
Messenger, Iamthemorning, Sumer and Landskap will now join Sweet Billy Pilgrim and headliners Amplifier at the festival at Camden’s Jazz Cafe on Saturday, April 25.
The stage is sponsored by Prog Magazine and organiser Jon Vyner from Tidal Concerts says the lineup was chosen to give a cross-section of styles across the genre.
He says: “The bill came together really organically. Amplifier are one of those bands that are both heavy and prog at the same time so they transcend the boundaries and are a great headliner to have.
“I see the Mercury Prize-nominated Sweet Billy Pilgrim as part of the new vanguard of prog who are heading into the mainstream, while Messenger are a great band. Iamthemorning will be making their UK debut as a duo so should generate a lot of interest.”
He adds: “Sumer have had a lot of great critical acclaim so I'm hoping they'll break through and Landskap are the newcomers who I think will make a fantastic opener.”
Messenger picked up the Limelight award at the 2014 Progressive Music Awards and launched their debut album Illusory Blues last year. They also play at the inaugural TeamRock sponsored Ramblin' Man Fair on July 25 and 26.
Russian duo Iamthemorning released their second album Belighted last Septemberand made the full album available to stream exclusively through Prog.
Sumer issued their debut self-titled studio outing last year and have been compared to Radiohead, Tool and Karnivool, while London-based five-piece Landskap unveiled their second record titled II in November.
Tickets for the Prog Stage are now on sale, while general tickets for the weekend are also available.
Iamthemorning