Symphonic metal masters KAMELOT will release the follow-up to their acclaimed 2012 album "Silverthorn" worldwide (excluding Asia) via Napalm Records as part of an exclusive licensing deal through the band's Kamelot Music LLC. Titled "Haven", the CD will be made available on May 5 in North America and May 8 in the rest of the world.
"Haven" will be available to pre-order in multiple exclusive and limited bundle packages at the Napalm Records American and European webstores starting Thursday, February 26.
"The 'Haven' album has an undertone of a world going insane," says KAMELOT guitarist Thomas Youngblood.
"There is a gray cloud that is forming over our world. We are here to find that silver lining with an album that is both dark and melancholy yet uplifting and giving the listener a 'Haven' in a world gone mad.
"We are really proud of the song elements and diversity on 'Haven'."
Adds vocalist Tommy Karevik: "The songs run the gamut from dark and melancholy to uplifting and melodic elements."
KAMELOT keyboardist Oliver Palotai states: "'Haven' has an aggressive edge to it that is the representation of the band as The Revolutionary Change in the storyline."
Produced by Sascha Paeth and mastered by Jacob Hansen, "Haven" is a massive album that is sure to please critics and fans alike. Guest musicians on the CD include Alissa White-Gluz (ARCH ENEMY), Troy Donockley (NIGHTWISH) and Charlotte Wessels (DELAIN). The breathtaking cover and artwork was created by Stefan Heilemann and additional art/layout was done by Gustavo Sazes.
Following the release of "Haven", KAMELOT will embark on a massive world tour, starting with North America in April/May, followed by European shows in the summer and with the "Haven" European tour in September/October.
"Haven" track listing:
01. Fallen Star02. Insomnia03. Citizen Zero04. Veil of Elysium05. Under Grey Skies06. My Therapy07. Ecclesia08. End of Innocence09. Beautiful Apocalypse10. Liar Liar (Wasteland Monarchy)11. Here's To The Fall12. Revolution13. Haven
Exclusive bonus CD track listing (available only with the limited mediabook and deluxe earbook):
01. End Of Innocence (Piano Version)02. Veil Of Elysium (Acoustic Version)03. Fallen Star (Orchestral Version)04. Here's To The Fall (Orchestral Version)05. My Therapy (Orchestral Version)06. Fallen Star (Instrumental)07. Insomnia (Instrumental)08. Citizen Zero (Instrumental)09. Veil Of Elysium (Instrumental)10. Under Grey Skies (Instrumental)11. My Therapy (Instrumental)12. End Of Innocence (Instrumental)13. Beautiful Apocalypse (Instrumental)14. Liar Liar (Wasteland Monarchy) (Instrumental)15. Revolution (Instrumental) 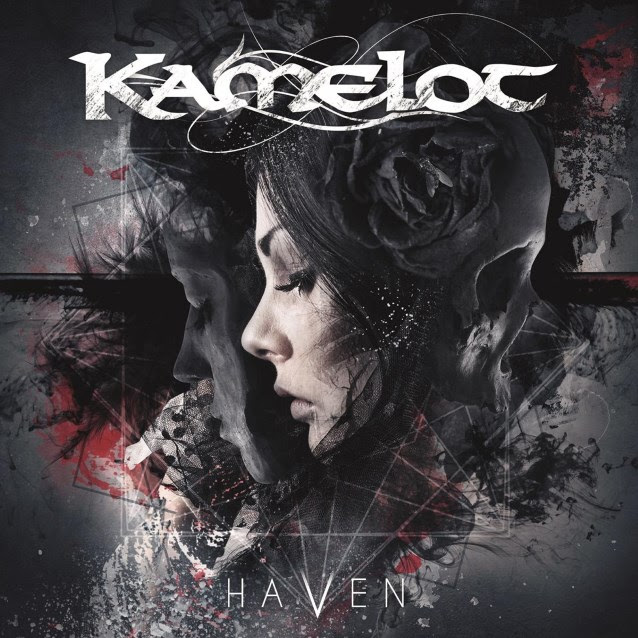