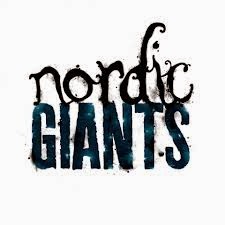 The "elusive duo" of Loki and Roka take to the road in May following the release of their debut album A Seance Of Dark Delusions. It will launch on April 20 via Kscope.

It's a largely instrumental record, said to feature “heavy orchestral brutality through progressive guitar, drum and brass paired with beautiful and haunting electronics.”

Their live set will contain short films which combine illustration, animation and actor-led stories which tie in with the pair’s music. They’ve released a trailer to mark the announcement. View it below.

Tickets are now on sale direct from Nordic Giants' website or throughbandsintown.com.

Last month they issued a stream of the track Rapture featuring Beth Cannon on vocals.

A SEANCE OF DARK DELUSIONS TRACKLIST