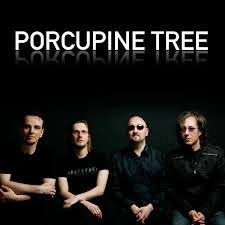 Gavin Harrison has released a trailer for his solo album Cheating The Polygraph, which sees him reimagining Porcupine Tree material.

The drummer, currently a member of King Crimson, has aimed to offer a contemporary edge to eight pieces from the catalogue he helped create with Steven Wilson and co.

Harrison says: Every album needs a focus, a master plan – and while I thought about writing new tunes for a big band project, I made a version of Porcupine Tree's Futileand it came out really well. It felt like a good plan to follow on with some of my favourite PT songs, and see if we could make them work.

“I had a vision that the arrangements would never lean towards a cliched sound, but always follow a modern contemporary angle. So even if you didn't know the original tune, you could still enjoy it as a modern composition. I couldn't be happier with the results.”

Collaborators include saxophonist Nigel Hitchcock ,who's previously recorded with Kate Bush and the Moody Blues, and bassist Laurence Cottle from Bill Bruford’s Earthworks.

_Cheating The Polygraph _will be launched on April 13 via Kscope and it's available for pre-order CD/DVD and vinyl. King Crimson tour the UK later this year.