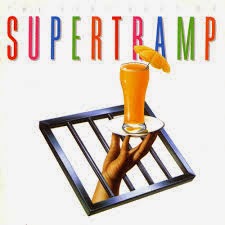 Supertramp will return to London in December as part of their Forever tour.
They play the O2 Arena on December 7, and tickets go on sale today (Friday) at 9am via Ticketmaster.
It’s part of their first tour in five years, which kicks off in Portugal on November 3 and ends in the Netherlands on December 11. They’d teased their return to action with a series of picture posts on Facebook, saying: “Looking forward to an exciting year ahead.”
The current lineup, which reactivated in 2010, features frontman and original songwriter Rick Davies, Bob Siebenberg, John Helliwell, Carl Verheyen, Cliff Hugo, Lee Thornburg, Jesse Siebenberg, Gabe Dixon and Cassie Miller.
Former frontman Roger Hodgson, who hasn’t been part of Supertramp since 1983,plays London’s Royal Albert Hall in April next year.
Supertramp