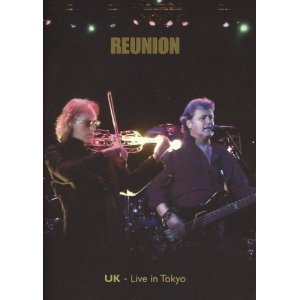 Asia and UK vocalist John Wetton is releasing two albums this month – a live set and a double-disc anthology of his solo material.

The former King Crimson man, who’s been fronting prog icons UK on their final tour, will release both titles through Cherry Red.

The first, New York Minute, sees him performing many of the tracks that inspired him – some of which have never previously been available on record. It’s topped with his solo hit Battle Lines and Asia classic Heat Of The Moment.

Then comes The Studio Recordings Anthology, containing 32 tracks from six of his solo albums and featuring guest appearances by Robert Fripp, Steve Hackett, Geoff Downes, Steve Lukather and many others.

New York Minute is out this week while The Studio Recordings Anthology follows next week.

Do It Again
What’s Going On?
God Only Knows
Can’t Find My Way Home
New York Minute
All Along The Watchtower
Lady Madonna
Heat Of The Moment
Battle Lines
ANTHOLOGY TRACKLIST

The Circle Of St. Giles
The Last Thing On My Mind
Hold Me Now
Where Do We Go From Here?
Another Twist Of The Knife
I've Come To Take You Home
I Can't Lie Anymore
Lost For Words
Battle Lines
Caught In The Crossfire
Arkangel
Right Where I Wanted To Be
Nothing's Gonna Stand In Our Way
Second Best
Woman
Real World
DISC TWO

Heart Of Darkness
Say It Ain't So
Cold In The Night
You're Not The Only One
Raised In Captivity
Steffi's Ring
Walking On Air
Take Me To The Waterline
Silently
Battle Lines (Acoustic)
I Lay Down
Rock Of Faith
Who Will Light A Candle?
You Against The World
Emma
After All
John Wetton