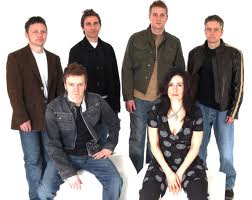 Magenta vocalist Christina Booth has premiered her video for The Light with Prog. To view the video go here:
http://prog.teamrock.com/news/2015-03-31/magenta-christina-booth-reveals-the-light

It’s taken from her solo album of the same name, which is available now via the band website.

Booth tells Prog: “The Light is a song about man's constant search for enlightenment – how we seem to need to know that there is something else after we are gone from this life.

“The video represents our search for the truth and the idea that we all have a ‘guardian angel’ leading us through dark times into the light.”

She adds that the album explores the concept of coming to terms with mortality and continues: “On a personal level, it's letting out the last few years of frustration, guilt and anger at losing those closest to me.

“But ultimately it represents our capacity to carry on – no matter what life throws at us.”

Booth launched a video for her “very, very personal” track Disappeared earlier this month. Magenta will appear at the Borderline, London in June 27 and the Robin 2, Bilston on June 28.

Jordan Rudess: One of the Rudess Morgenstein Project shows cancelled.