Night Of The Prog Festival: Full line-up for 2015 announced. 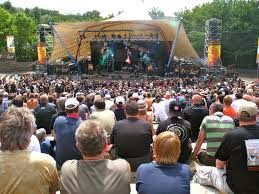 Steve Hackett leads the tenth anniversary Night Of The Prog bill at the Lorelei Amphitheatre in Germany on July 17-19.

Organiser Winfried Volklein, who runs the festival in association with InsideOut Music, says: “Back in 2006 we started by accident when the owner of the amphitheatre asked me if I wanted to set up a show there.

“This led me to start a small festival with Fish, Mostly Autumn and Sylvan. The success was astonishing – it was pretty clear that we could continue, and make it two days.

“With acts like Jethro Tull, Roger Hodgson, IQ, Asia and Tangerine Dream, we’ve had some of the biggest names.”

The 2015 bill has been designed to celebrate some of the most popular artists of the event’s past, alongside some who are expected to be major draws in the future.

Volklein adds: “The success is also because the beautiful Lorelei valley, a UNESCO World Heritage Site, leaves visitors with a special feeling that combines fantastic music with an extraordinary landscape.

“We hope we can continue with the festival for many years to come, branching out into other subgenres and getting the last missing icons of prog there as well.”

Tickets are on sale now via WIV Entertainment.
NIGHT OF THE PROG 2015 BILL
FRIDAY, JULY 17