Peter Gabriel: Play DVD to be re-released in May. 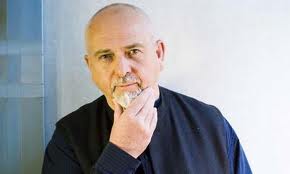 Peter Gabriel’s Play DVD will be re-released on May 18 via Eagle Rock Entertainment.

Originally launched in 2004, it includes videos for 23 tracks, plus bonus material.

Eagle Rock say: “For the majority of the songs the videos included are the originals, but Games Without Frontiers has been reworked and there are new promos for In Your Eyes, Solsbury Hill and Washing Of The Water, for which no original footage was created.

“The DVD features 5.1 mixes by Daniel Lanois, which are unique to this collection. Bonus features include optional video introductions plus also a live performance ofGames Without Frontiers from 2004. Additionally, we include the original videos for both Modern Love (1977) and The Nest That Sailed The Sky, plus trailers for A Family Portrait, Growing Up Live and Secret World Live.”