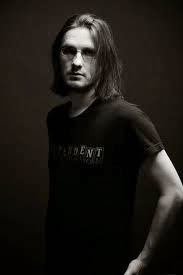 Steven Wilson's fourth solo album Hand. Cannot. Erase. entered the UK album charts on Sunday night at No. 13, the highest charting album that Wilson has been involved with during his illustrious career.
The cover star of the latest issue of Prog magazine kicks off his latest world tour in support of the new album this Thursday night (March 12) at the Cambridge Corn Exchange, before heading round the UK and rest of Europe, before heading govern to North America, which will keep him on the road until the end of June. Guitarist Guthrie Govan and drummer Marco Minnemann will only be part of the UK and European touring band, as they have Asistocrat commitments. They will be replaced for the North American tour by drummer Craig Blundell and guitarist Dave Kilminster.
Prog caught up with Wilson recently to discuss his new solo album. In this exclusive clip he talks about what he perceives as the difference between a Steven Wilson solo album, and a Porcupine Tree album.