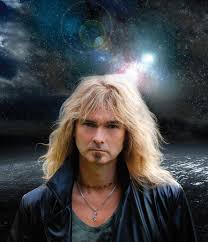 Ayreon album The Human Equation will come to life as a theatre show in the Netherlands this autumn, starring original vocalist James LaBrie.

The Dream Theater frontman is joined by Heather Findlay, Anneke van Giersbergen and others at the Nieuwe Luxor, Rotterdam, on September 18, 19 and 20.

Arjen Lucassen’s 2004 concept release tells the story of Me, whose emotions have taken over his subconscious following a car crash, and turned his mind into a “frightening and bizarre world.”

Lucassen – who hardly ever plays live but broke his own rule for a run of shows with Giersbergan this month – acts as special advisor to the show, which is being run by his former manager Yvette Boertje.

Tickets only remain for the early show on September 19, which takes place at 3pm.Find out more.