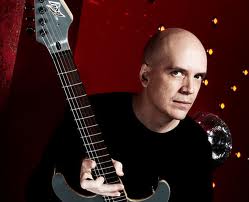 Fan-filmed video footage of Canadian multi-instrumentalist, singer, songwriter and producer Devin Townsend performing two songs — "Bastard (Not One Of My Better Days / The Girl From Blue City)" and "The Death Of Music" — from his 1997 album "Ocean Machine: Biomech" live in their entirety for the first time Saturday night, April 11 in Bournemouth, United Kingdom can be seen below.