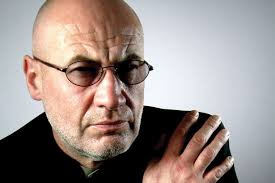 Fish has announced a run of live shows to mark the 30th anniversary of Marillion’s Misplaced Childhood.

He’ll play the album in its entirety on the Farewell To Childhood tour which stops off in the UK at the Cropredy festival on August 14 and the Midstock festival on September 12.

Fish, who's aiming to retire in 2017, will then embark on an eight-date run of shows across the UK in December to play the hit album live for the the last time.

He says of the record: “It holds a lot of memories from a period that was very exciting and crammed with experiences both dark and magical. The lyrics hold a very special meaning to me as they were written by a young man on the cusp of fame and dealt with a lot of personal issues.

“It was not only a breakthrough album for the band but also for me as an artist because I was finally discovering my own individual style as a lyricist and singer.”

He adds: “To be performing it on its 30th anniversary has a lovely resonance.”

Tickets are on sale via The Gig Cartel.

In addition, Fish will release remastered versions of seven of his solo studio outings.Sunsets On Empire, Raingods With Zippos, Fellini Days and Field Of Crows are pencilled in for a July release, while Internal Exile, Songs From The Mirror and Suits will follow towards the end of 2015.

All will be issued in 3CD format featuring demos, live recordings and rare material along with a 48-page hardback book containing sleeve notes, artwork and photographs. Each package will be designed by artist Mark Wilkinson.

A behind the scenes look at the making of Misplaced Childhood features in the latest edition of Prog magazine featuring contributions from Fish and Marillion’s Steve Rothery and Mark Kelly. It’s out now.