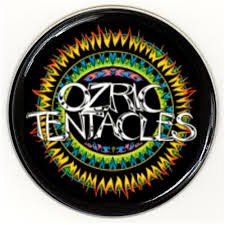 Ozric Tentacles will release their 15th album Technicians Of The Sacred on May 11, they've confirmed.

The follow-up to 2011’s Paper Monkeys will be issued via Madfish. It's their first double release since 1990’s Erpland.

Founding member Ed Wynne says: “The aesthetics of the album is heavily themed in Mayan astrology. Technicians Of The Sacred is a characteristic trait of the ‘tone’ in each member’s ‘dreamspell.’"

The concept was inspired when the band visited a Mayan astrology expert at the Glastonbury festival. Wynne recalls: "The man doing the readings was getting more and more excited the further he went. He proceeded to reveal we are galactic activation portals, sent to channel messages of love to the world.“

The band launch a 10-day UK tour following the release, as part of a wider European schedule:

TECHNICIANS OF THE SACRED TRACKLIST