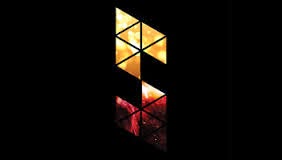 Simon Godfrey has promised to deliver “epic slabs of sound” on Shineback’s second album.
The Tinyfish frontman has been working on the follow-up to 2013’s Rise Up Forgotten, Return Destroyed in Philadelphia and reports he’s settled on the tracklist for the record.
Godfrey says in a statement: “I spent all day yesterday going through the songs and managed to whittle the list from 13 down to the final seven tracks.”
He says unlike Shineback’s debut there's no set story and will be based around “the theme of communication – or the lack of,” and adds: “The other difference is the scale. These are big stand alone slices of music – nothing under five minutes and the longest track is 15 minutes – with no linking or musical vignettes.”
He states he had to move on from Shineback’s first release and Tinyfish’s The Big Red Spark from 2010 as he “had nothing new to creatively offer in that format.”
He continues: “All you get with the new album are big, fucking epic slabs of sound. This isn't something I've attempted since the debut Tinyfish album and it feels both scary and exciting at the same time.”
Final guitar sessions are now under way, with vocal and guest performances still to be finalised. He hopes to deliver the finished album to BEM in July for release later this year.
Godfrey has been giving fortnightly updates to Prog about his move to the US.
Shineback