Sound Of Contact: More details of the band's reforming revealed. 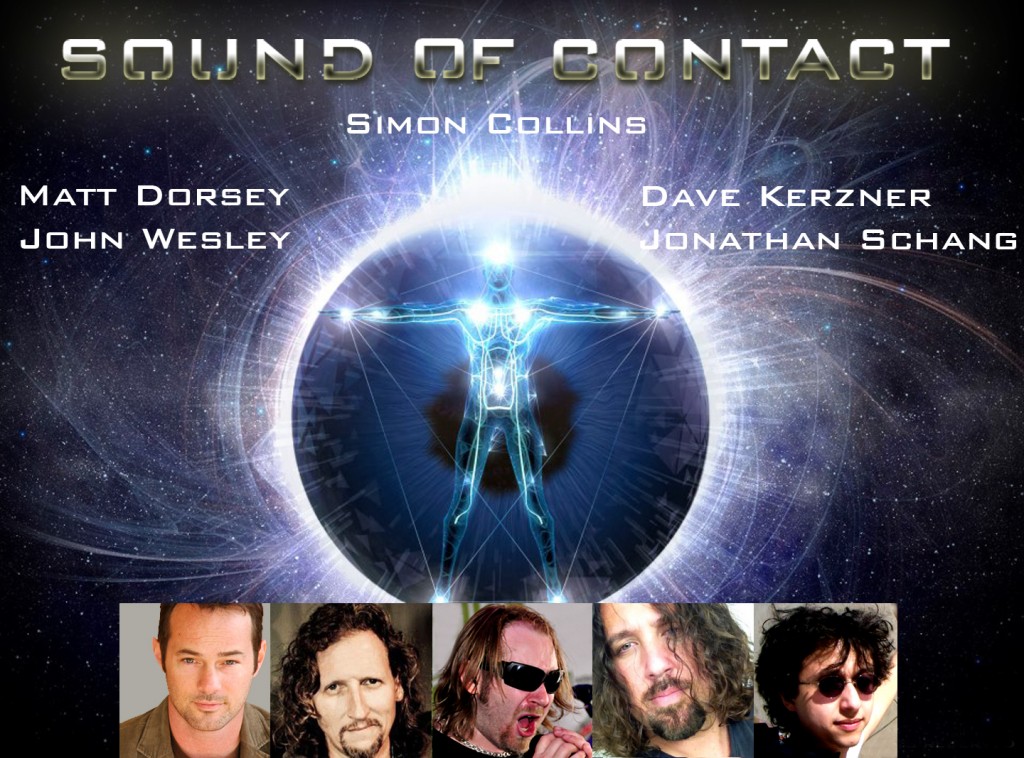 Sound Of Contact are working on the follow-up to 2013’s acclaimed Dimensionaut following their secret regrouping last month.
The four-piece, comprising Simon Collins, Dave Kerzner, Kelly Nordstrom and Matt Dorsey, have been writing and recording brand new material at a studio in the Oxfordshire countryside. “I missed everybody so it’s good to be back as best friends as well,” says vocalist and drummer Collins.
The band was founded in 2009 but had only recorded their debut Dimensionaut when Nordstrom stepped down due to family commitments. They won Prog’s Limelight Award in 2013 but when Kerzner also left the band last January to pursue other musical projects, including a solo career, Collins says it left their future in doubt: “Matt and I started working on the second album after Dave left and although we were coming up with great stuff, it just sounded too much like our own solo material. We really wanted to stick to the integrity of the sound and we even looked for new keyboard players but we didn’t want to alter the sound too much. We decided it was time to move on and focus on our solo projects but before we announced our split, I thought we should call the original members – Kelly and Dave – and see if there was any way we could re-form as we originally intended.” To his delight, they both agreed.
Says Kerzner of their first group writing session: “Almost immediately it felt like no time had passed and it was great to see everybody again… We never really had the chance to explore writing and recording together as a four-piece. It was always from either a song Simon or I brought in, or a three-piece collaboration with either Matt or Kelly on guitar and bass. To me, this album [already] has more of a true rock band feel to it.”
Sound Of Contact are on a creative roll and hope the as-yet-untitled album will be released early next year, although they’ve yet to finalise its themes. “I don’t want to say if it’s going to be a concept album yet but they are the Holy Grail for us,” teases Collins. Sound Of Contact are currently considering label and management options as well as looking into the possibility of some live shows. He adds, “We’re not just coming back to write the follow-up; we’re back to make as many records as we can. We hope it continues for years to come!”
Sound Of Contact