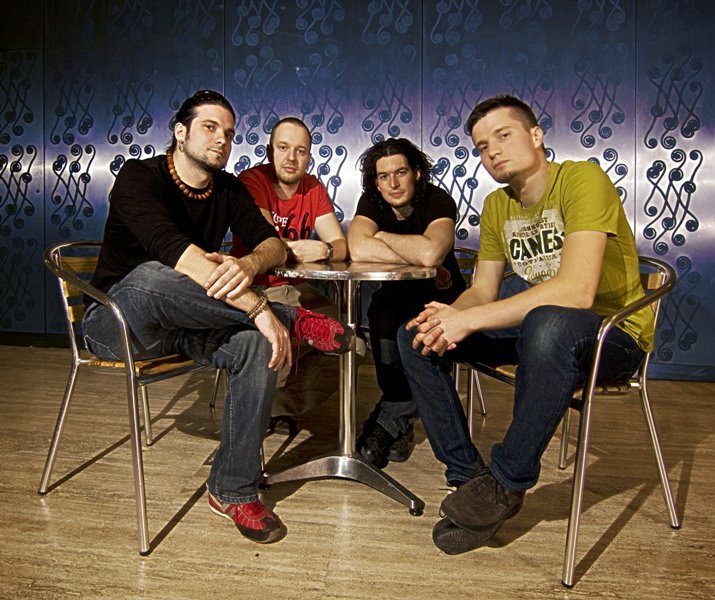 The Prog Metal Zone website has published a review of the new album by Hungarian progressive jazz rockers Special Providence. It was written by Jeff Stevens and an excerpt is given below:


And let me tell you, even if you already know this band, their newest offering, Essence Of Change is gonna knock you on your ass!  I recently discovered them and posted about their video about the song Northern Lights last November (link HERE) and have been anxiously awaiting the new album which streeted last month ever since.  The good news, for me at least, is that every song on Essence is seriously awesome, unlike their earlier offerings which contained many moments of brilliance but also had too many lackluster songs for my taste.  Not here – perhaps the “Change” that they’re talking about is really just about the boys letting it all hang out and crafting an album that can easily stand with the best fusion albums I’ve ever heard! Think I’m kidding?  Just check out the openerAwaiting the Semicentennial Tidal Wave with its ballsy metal infused opener and wonderfully laconic melodocism.  If you’re not hooked with that, the next number, the funky fusion song Surprise Me will surely get ya’ with its great rhythms from Markó and killer guitar and keyboard solos.
The album is only about 40 minutes (which was of course the standard length for an album in the old vinyl days and feels just about right here) and has nine songs, mostly in the 4-6 minute range which leaves ample time for laying out the songs and giving the boys plenty of space to stretch out.  Kiss From A Glacier has a really majestic high-energy quality to it and is a real feature for keyboardist Kaltenecker – his awesome electric piano workouts are just stellar.  And that leads into the best song on the album, the fantastic Northern Lights – a song that could easily become a fusion classic with its fantastic melodies and one of the best and most exciting song openings I’ve ever heard.  Not letting up at all, Atlas Of You alternates between a punchy keyboard-led melodic fusion song and some kick-ass rockin’ metal-infused guitar.  I.R.P. (Insterstellar Robotic Pilgrim) is a jamming number that is a real feature for drummer Markó who’s really channelling some of the best of Virgil Donati here with his muscular odd-time stuff and also features guitarist Kertész really stretching out.
Nearing the end of this excellent album, Darkness has a real Pat Metheny-esque dramatic quality to it and Gas Giants (featuring guest mulit-instrumentalist David Maxim Milic of Bilo 3.0 fame) before the album ends with a wonderful flourish on the powerfully majestic Testing The Empathy. Honestly, I knew I’d like anything these guys do but did not expect an album as good as this one.  There’s not a weak moment on Essence of Change and some of its highlights are easily some of the best metal-infused jazz fusion I’ve ever heard. Seriously, if enough people hear this album, I see no reason why it can’t become a genre classic.  Everything just works here, from the great melodies, sophisticated and emotionally moving solos and very well thought-out compositions that I’m really honored to give Essence Of Change our highest rating. You can check out a great video of Northern Lights below and also stream and purchase a copy of Essence Of Change from the band’s BandCamp link, also below.
Rating 10/10
To read the full review go here:
http://www.progmetalzone.com/2015/album-review-special-providence-essence-of-change/
Special Providence