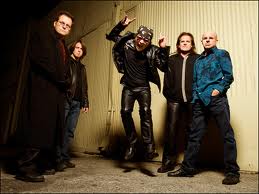 Spock’s Beard will release their 12th album The Oblivion Particle in August, it's been announced.
In addition, they’ve lined up five UK dates to support the follow-up to Brief Nocturnes And Dreamless Sleep as part of a wider European tour.
Alan Morse, Dave Meros, Ryo Okumoto, Ted Leonard and Jimmy Keegan will be supported on the dates by UK outfit Synaesthesia – who are working on their second album – and Hungarian band Special Providence.
A finalised release date, along with album artwork and tracklist will be issued in due course.