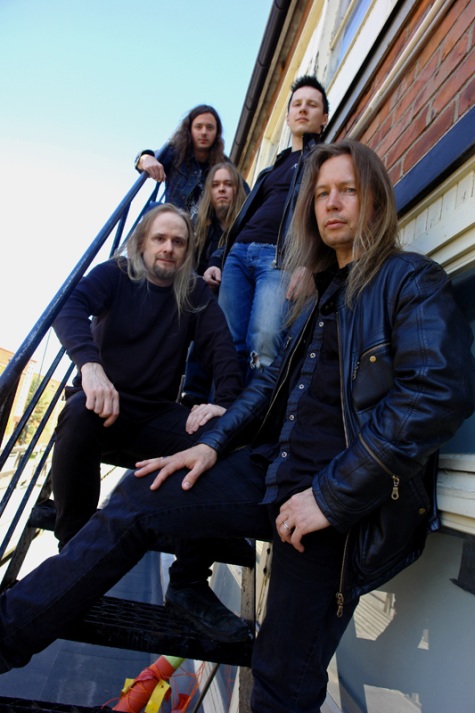 Stratovarius have broken their year long silence to reveal they are in the studio completing a new record. Its release will be preceded by a performance at Wacken Open Air Festival and followed by a full tour soon after release.

"Eternal" is the fourth studio album by the Finnish symphonic metal originators for the earMUSIC label.

The trilogy of albums "Polaris", "Elysium" and "Nemesis” were released close to each other as the consequence of the renewed creative energy the band gained following the arrival of new members to support the historical members Kotipelto, Johansson and Michael. The previous three albums by Stratovarius showcased the many talents of guitarist Mattias Kupianen (prolific songwriter and producer of all the albums, including "Eternal”), virtuoso bass player Lauri Porra and, on the third of the three, the young talent Rolf Pilve, one of the best drummer of his generation who had to replace Jörg Michael after the latter decided to move into a new role in Stratovarius management.

The most recent album "Nemesis” included the single "Unbreakable", which became one of the most streamed songs ever released by Stratovarius.

Kotipelto and Johansson proudly carry the torch of the glorious Stratovarius tradition, but now many fans of the band consider the current line-up "classic Stratovarius”. The new album “Eternal” has been the longest album in the making from the band.

"Since ‘Polaris’ we have released a new studio album pretty much every two years” - reflects Jens Johansson – “but after ‘Nemesis’, we all decided to take a little bit of time off after we finished the world tour. Now we're all tanned and rested and it's about f***ing time to get back into the saddle. Everybody has been busy the last few months writing lots of new songs, and only the best has been recorded for ‘Eternal’”.

Song details and formats (including a limited deluxe edition as in the Stratovarius tradition) will be revealed in the next weeks as well as details for a tour in Finland.
In rest of the World, the first shows in support of "Eternal" are as follows: