The Tangent: Andy Tillison talks about his thoughts behind new track Codpieces And Capes. 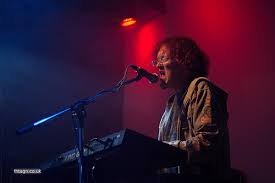 The Tangent mainman Andy Tillison says he regrets the way prog’s founding fathers all-but ignore younger bands – and it inspired one of his songs.
The concept lies behind Codpieces And Capes, which appears on eighth Tangent album A Spark In The Aether, launched earlier this month.
Tillison tells ProgReport: “The old heroes don’t really support us. They don’t come and stand alongside us, or give us gigs.
“I’ve been operating The Tangent to a reasonable level of success over the past 12 years – and not once has any musician from the 70s said, ‘I like what you’re doing,’ or, ‘This is really good.’
“Not a word from any of them. I think that’s a little bit sad.”
Namechecking The Flower Kings, Big Big Train and Magenta, he adds: “We’re their legacy. We’re what they’ve left.”
Codpieces And Capes also pokes fun at the era of Ian Anderson’s crotchwear, Rick Wakeman’s cloak and Emerson, Lake & Palmer’s individually-labelled tour buses.
“It was a weird time,” says Tillison. “I love the music – of course, there’s lots of things that make you embarrassed. You have to disengage and say some of it was really shit. Finding the good stuff is the secret.”
But he reflects of his song: “There’s a bitterness and a sweetness. My love song about progressive rock has got good and bad. That’s what a love song is.”
A Spark In The Aether sees Tillilson working with Jonas Reingold, Theo Travis, Luke Machin and Morgan Agren.