Cruise To The Edge: Details of this year's festival revealed. 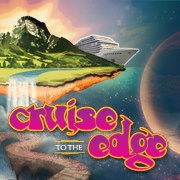 The following details have been announced:
On the Blue Cruises and rock band Yes have announced the details of this year’s Cruise to the Edge, the annual prog rock blow-out that happens on the high seas. The event will take place Nov. 15-19 aboard the NCL Pearl as she sails from Miami to Great Stirrup Cay in the Bahamas and Key West, Florida. Yes will be joined by 25 other prog bands on the cruise, including perennial favorites Marillion.
The Cruise to the Edge will operate as a full-ship charter and that means that everyone aboard will be there to hear the music and indulge in other music and band-related activities like Q&A sessions, ‘storyteller’ sessions and craft beer tastings. Also available to cruisers will be the ship’s wide variety of amenities like the bowling alley, volleyball and basketball courts, casino, spa, fitness center and lots of bars, lounges, and restaurants.
Returning to host this year’s cruise is Jon Kirkman, a journalist from the U.K., who is widely recognized as being the leading expert on Yes. The stellar talent line-up includes Anathema, the legendary Allan Holdsworth, Three Friends, the reinvigorated Canadian band Saga and Italian prog stalwarts PFM.
Jethro Tull guitarist Martin Barre will perform as will Caravan, the Los Angeles-based Spock’s Beard, Nektar, Anglagrd, Lifesigns, Bigelf, IO Earth and Airbag. Rounding out the line-up are Dave Kerzner, Moon Safari, Casey McPherson, Jolly, Barracuda Triangle, Messenger, Bad Dreams, Enchant, Steve Rothery and Thank You Scientist.
Since shows will take place on multiple stages and show times will sometimes overlap, most bands will perform at least twice during the cruise, giving fans a chance to catch their second show if they miss the first. Numerous late-night jam sessions featuring various band members are scheduled, and there’ll also be a chance for fans to get on stage and perform during the after-hours Electric Prog Jam.
Great Stirrup Cay in the Bahamas is a private island where cruisers can enjoy all the fun-in-the-sun of a luxurious beach destination and possibly mingle with band members while doing so. On previous Cruise to the Edge cruises, musicians have been spotted partying ashore right alongside fans and most are also approachable on board the ship when they’re not preparing for a show.
Yes, currently consisting of singer Jon Davison, guitarist Steve Howe, bass man Chris Squire, drummer Alan White and keys man Geoff Downes, have a forthcoming live album called Like it Is due on July 10. The band will also be touring with hit makers Toto for the better part of the summer.