Genesis: Phil Collins signs deal with Warner to remaster and re-release his back catalogue. 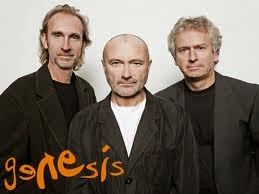 Genesis icon Phil Collins and Warner Music Group have signed a deal to remaster and re-release his solo back catalogue.
All eight of his albums will be brought under one banner, starting this autumn with 1981’s Face Value and Both Sides from 1993.
They’ll be followed by Hello, I Must Be Going! (1982), No Jacket Required (1985), …But Seriously (1989), Dance Into The Light (1996), Testify (2002) and Going Back (2010).
Collins tells Billboard: “I’ve had a fantastic relationship with Warner and Atlantic throughout my career and I’m thrilled to be continuing that.
“I’m working with them now on these new presentations. Very exciting.”
WMG say they’ll also release “other uniquely curated titles from the vaults.”
Boss Tim Fraser-Harding says: “We are looking forward to collaborating with Phil on some sensational new releases that will excite his longtime fans, while also helping to introduce his songs to new generations.”
Dates and further details will be issued in due course.
Genesis