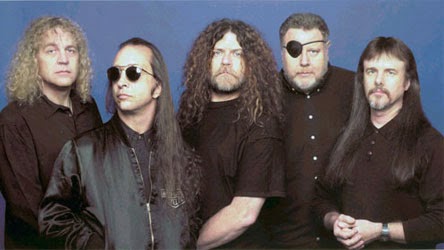 Kansas guitarist Rich Williams says ex-frontman Steve Walsh’s replacement Ronnie Platt has given them a new lease of life - and they could record for the first time in 15 years as a result.
Platt joined last year after original singer Walsh retired. They're currently touring the US.
Williams tells the Cleveland Scene: “I loved Steve – he had the best voice in rock’n’roll in my opinion. But you have to be all in. He'd poured his guts out for over 40 years. He earned the right to say, ‘Guys, I don’t think I’ve got the heart to do this any more.’
“That was tough. But having someone in now that's hungry and really wants to do this, there is no barricade.”
And he feels the possibilities are endless. “Let’s go to South America, let’s go to Europe, let’s record an album," he says. "Let’s just get together and work up material.
“Every little thing is followed by a ‘let’s do that’ response. That inspires the crew and the fanbase, and the old dogs in the band get excited. It’s contagious.”
Kansas' last studio album was 2000’s Somewhere To Elsewhere. They released career-spanning documentary Miracles Out Of Nowhere last month.
Kansas