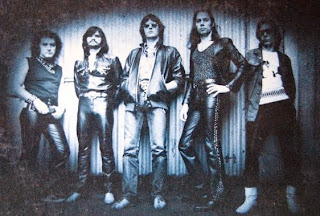 Lucifer’s Friend have reformed 20 years after they called it a day.

They released six albums in the 70s, with frontman John Lawton jumping ship to join Uriah Heep in 1976. He was replaced by Mike Starrs for two albums before returning for Mean Machine in 1981.

They split the following year but reformed briefly in 1994 under the moniker Lucifer’s Friend II for their ninth album Sumo Grip. They disbanded shortly after.

Now they’re back and will play Hamburg’s Downtown Blues Club on May 31 and the Sweden Rock Festival in Solvesborg on June 5.

Lawton says: “The reformation of Lucifer's Friend has been a long time coming but we all feel the time is right. To get back together with the guys with whom I worked together for so many years and recorded albums that have in many respects stood the test of time, is for me, an upcoming highlight.”