Next To None: New audio interview with guitarist Ryland Holland and Max Portnoy posted. 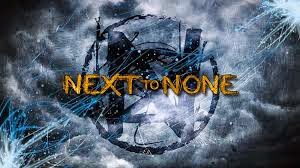 Next To None drummer Max Portnoy says recording the band's debut album came naturally to him, thanks to the influence of his father Mike.
The teenage prog outfit issue A Light In The Dark via InsideOut on June 29. It's produced by former Dream Theater sticksman Mike Portnoy, who previously said he was "blown away" by the musicianship on display.
Now his 15-year-old son Max tells Metaholic Magazine: "It all kind of just came naturally for me. Growing up with dad, and always being with him when he was recording with his bands and listening to the demos, it showed me what to do in those sorts of scenarios."
Max is joined by frontman Thomas Cuce, 16, guitarist Ryland Holland, 16, and bassist Kris Rank, 15. On the album's concept and influences, Max says: "It's mix between prog and metal, and basically any genre that interests us. We've changed a lot.
"Thomas mostly came up with the concept while he was writing the lyrics. Most of the lyrics go together for those songs, but we also have some hints musically in each song that put them together."
Holland admits being so young while recording the album did pose some problems – mostly that he was improving so quickly that he was continually re-writing his parts.
He says: "For me the hardest part was figuring out what I wanted to write. Especially for guitar solos, with so many influences there, it kept coming on a daily basis. As I progressed, my playing also progressed."