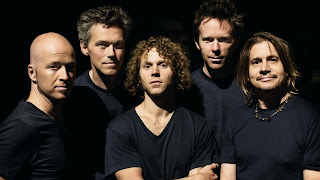 Perfect Beings have issued a promo for their track Helicopter.
It’s taken from their upcoming self-titled debut album which is set to launch on June 30 via My Sonic Temple.
The track is said to have “a much darker meaning to its lyrics, being critical of warrantless government surveillance and of what the US has become since 9/11.”
The LA-based band last year released a behind-the-scenes clip of their recording sessions for the album.
Guitarist Johannes Luley said: “We’re breaking down traditional song structure. I think our music has a pop sensibility because Ryan Hurtgen writes beautiful melodies – strangely pop. It’s not your typical pop music, of course, but it’s accessible and you can relate.”
Perfect Beings are also planning on launching a PledgeMusic campaign on Wednesday (May 27) to help with the production, manufacturing, promotion and distribution of their planned second album. Further details will be issued in due course.
Tracklist
Perfect Beings