Progpower Europe: Enchant added to the bill for this year's festival. 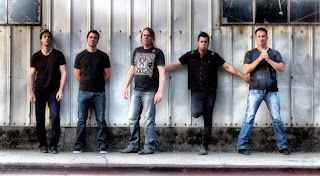 
It has been a long time wish of the ProgPower Europe organization and therefore it is with great pride that we can now announce the addition of USA’s Progressive Rock outfit Enchant to the 2015 line-up!
Enchant was formed at the end of the eighties. Since then the band has released 9 albums, of which the last, The Great Divide, released at the end of 2014. With over 25 years of experience, we are looking forward to Enchant playing on Sunday’s ProgPower stage.
“Another exemplary album from the quintet, “The Great Divide” will assuredly get consistent airplay for years to come from all Progressive Rock fans. ENCHANT will not disappoint.” – Metal Temple.
“A great sounding album from a great sounding band. With 7 albums behind them, you’re assured of quality when you see a CD with the Enchant name on it.” – MetalReviews.com (on Tugs of war)
Since it has been almost 10 years ago that Enchant last played an European stage, we think adding Enchant is the best way to complete 2015’s line-up.
Progpower Europe