Roger Dean: Speaks out about the court ruling against his claims against the makers of Avatar. 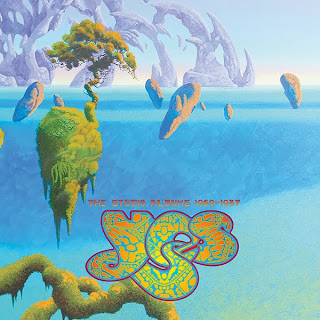 
In November 2012 I filed a claim against the makers of Avatar for breach of copyright but in September of last year a Federal Judge ruled in favor of a motion to dismiss, meaning I was shut out from pursuing the claim to trial.
It was a very disappointing Judgment. Anyone denied a full hearing in this way would probably feel the same. But many people who had supported my quest for justice, thought it a shallow, dismissive and somewhat shabby ruling.
I remain convinced that Avatar plundered my life’s work to a far greater degree than might be explained as “influence” or “reference” and have no regrets about taking up the fight. Recently I was sent a link to a blog that commented on my court case and it was a considerable comfort to me, to read an American academic’s reasoned view that the judge had got it wrong.
http://copyright.nova.edu/avatar-lawsuit/

The judgment itself is a matter of public record.
Stephen Carlisle, who wrote the blog, has written a number of other interesting blogs on copyright and I thought this was an important one:-
Copying Is Not Creativity! Why Creative Artists Don’t Need the Public Domain
Stephen Carlisle
February 27, 2015
Roger Dean