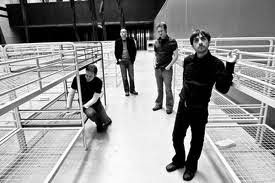 Sanguine Hum have released a video for their track Settle Down, taken from third album Now We Have Light.

The follow-up to 2013’s The Weight Of The World was launched in February and described as “a future parable,” and “a twisted mix of Hitch-Hikers Guide To The Galaxy, Frank Zappa’s Joe’s Garage and The Lamb Lies Down On Broadway.”

The band’s Matt Baber tells Prog: “We're currently working on the first-ever CD issue of the music that we recorded as Joff Winks Band – which we've always considered as being Sanguine Hum in all but name.

“Plus, we're already deep into preparations for the official follow up to Now We Have Light.”

The album is on sale now via Cherry Red and Amazon.