Tame Impala: Release another great promo for their track 'Cause I'm A Man. 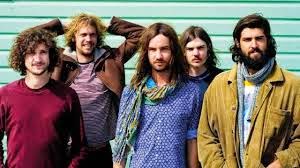 Tame Impala have released another promo for their track ‘Cause I’m A Man.

Last week they issued an animated video for the track which is lifted from their third album Currents, set for release on July 17.

Now the Australian outfit have uploaded an alternative promo – featuring puppets. And they call it the “official live video” of the song. View it below.

It was first aired by mainman Kevin Parker last month and it drew opposing reaction from fans. Some liked the change of style, while others questioned why the band had moved away from psychedelia.

It cause Parker to react: “I wouldn’t say making psychedelic music is my focus. That’s not the modus operandi for Tame Impala – it’s about making music that moves people.”

They’ve lined up a run of five dates in September to support the new album, which is now available to pre-order via Amazon and iTunes.