Voyager: Release an official video for Seasons Of Age track. 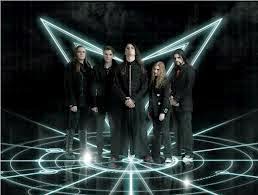 Voyager have released a video for their track Seasons Of Age.
It’s taken from the Australian outfit’s latest album V, launched last year, which Prog Magazine described as “sure to grow in stature with the passage of time.”
Frontman Daniel Estrin recently reported they’d begun work on a follow-up, telling 100percentrock.com: “The creative juices are definitely flowing. There are ideas floating around. It’s just about fleshing out those ideas and finding the time to smash out some music. By the end of 2016, there’s a good chance we’ll have a new album out.”
Voyager are currently touring Australia and they’ll move on the US in August, before appearing at ProgPower USA 2015 in September.