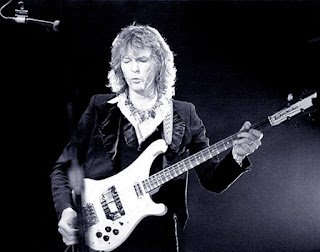 Yes (official)
It’s with the heaviest of hearts and unbearable sadness that we must inform you of the passing of our dear friend and Yes co-founder, Chris Squire. Chris peacefully passed away last night in Phoenix Arizona. We will have more information for you soon. https://www.facebook.com/yestheband/posts/1050133808331940


Chris Squire of Yes talks about meeting Jimi Hendrix, how an accidental billing allowed him to play in front of some of the biggest names in music. Part of the EMP|SFM Oral History Live! series, Yes was interviewed live in JBL Theater by EMP|SFM Curator Jacob McMurray.http://www.empsfm.org/oralhistory


Steve Hackett ‏@HackettOfficial
I'm gutted to hear of Chris Squire's passing... A huge talent who defined a genre and a great friend. 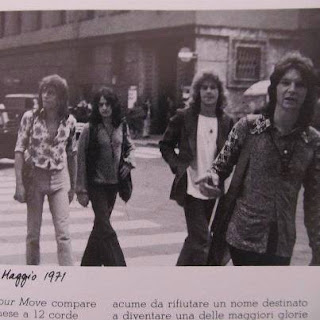 Bill Bruford
Really saddened to hear of the death of my old Yes band-mate, Chris Squire. I shall remember him fondly; one of the twin rocks upon which Yes was founded and, I believe, the only member to have been present and correct, Rickenbacker at the ready, on every tour. He and I had a working relationship built around our differences. Despite, or perhaps because of, the old chestnut about creative tension, it seemed, strangely, to work.

He had an approach that contrasted sharply with the somewhat monotonic, immobile bass parts of today. His lines were important; counter-melodic structural components that you were as likely to go away humming as the top line melody; little stand-alone works of art in themselves. Whenever I think of him, which is not infrequently, I think of the over-driven fuzz of the sinewy staccato hits in Close to the Edge (6’04” and on) or a couple of minutes later where he sounds like a tuba (8’.00”). While he may have taken a while to arrive at the finished article, it was always worth waiting for. And then he would sing a different part on top.


An individualist in an age when it was possible to establish individuality, Chris fearlessly staked out a whole protectorate of bass playing in which he was lord and master. I suspect he knew not only that he gave millions of people pleasure with his music, but also that he was fortunate to be able to do so. I offer sincere condolences to his family.

The photo is 1971, somewhere in Italy. L-R Steve Howe, Jon Anderson, Bill, Chris.
Rick Wakeman
Thanks for your life Chris. You may be gone but the music lives on for ever. You've personally left me with great memories and great music

Rush ‏@rushtheband
We are saddened to learn of the passing of legendary rock bassist Chris Squire, co-founder of the band Yes.
Geddy offered a few words about what Chris meant to him as a bass player:
“Although we never met, I’m so sorry to hear about Chris Squire from Yes passing. As a bass player and innovator on the instrument he was a huge inspiration to me. Simply put, he was one of the greatest rock bassists of all time. My most sincere condolences to his family and friends.”
http://www.rush.com/chris-squire-1948-2015/ …

Geezer Butler ‏@GZRMusic
Shocked to hear of the passing of Chris Squire, one of the great bass players. RIP

Tony Franklin ‏@FretlessMonster
Another great one leaves us. Saddened to hear of the passing of Yes bassist, Chris Squire. RIP Chris. You made your mark on music history.


Jeff Pilson ‏@JeffPilson
R.I.P. Chris Squire. I and so many others owe SOOOOOO much to you.

Pete Trewavas ‏@PeteTrewavas
Very saddened to here of the passing of Chris Squire. A massive influence on bass players, way beyond the Progressive genre.

Bryan Beller ‏@bryanbeller
...so many Chris Squire basslines changed my approach forever. Compositionally as well. I could go on. Like @MikeKeneally said: Onward.

Doug Wimbish ‏@DougWimbish
Prayers and blessings to Chris Squire and his family. Gone way too soon - thank you, Chris, for the music you shared with us.

John Wetton ‏@arkangel2605
Very sad to hear of Chris Squire's passing. We were friends for over 45 years. My thoughts and prayers are with his family.


Mark King ‏@King42Mark
Sad news. Chris Squire has passed away. He advanced the bass with Yes, and was a big part of my youth. RIP 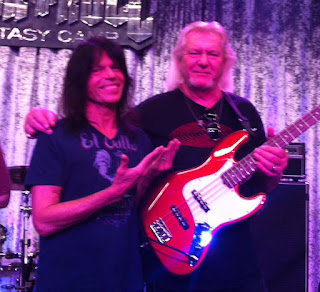 Rudy Sarzo ‏@rudysarzo
I'm stunned by the sad news of Chris Squire's passing. He was a game changer influential bassists and founding... http://fb.me/20eg7tLVx


WingerTheBand ‏@wingertheband
R.I.P Chris Squire. One of the most inspired bass players of all time - KW


Geoffrey Downes ‏@asiageoff
Utterly devastated beyond words to have to report the sad news of the passing of my dear friend, bandmate and inspiration Chris Squire. #yes

@GuitarWorld @yesofficial - Chris Squire! A great loss to Music! He was one of the greatest and most musical bass players ever!! Rip, Chris!


Alex Masi
This one really hits me hard. Chris Squire. I grew up listening, learning every single note recorded by YES, they were the soundtrack of my adolescence. Chris's contribution was gigantic, just listen to his contrapunctal work where the bass was moving in opposition to the main melody or when he would redefine the harmonic content of a passage by playing a note outside the scale, and most of the times he would do that while singing some extended chord harmony, truly a musical master, irreplaceable.
Bruce Kulick ‏@brucekulick
RIP Chris Squire. Your incredible talent and bass playing is why I own this Rickenbacker bass 4001. @yes official


Mike Portnoy ‏@MikePortnoy
I am absolutely FLOORED to hear the news of Chris Squire passing away...I had the honor of touring w Yes in 2004...Chris was a bass pioneer


Jordan Rudess
Im very saddened to hear about Chris Chris Squire's passing. He was a incredible musical force on this planet and we will all miss him and his music so much.
Vernon Reid ‏@vurnt22
Yes Long Distance Runaround Symphonic Live "I Still Remember The Dream There..." Chris Squire RIP Sad Bad News. http://youtu.be/QyRjRc0Aqfo

Gary Husband ‏@GHusband
Sad to hear of the passing of Chris Squire today. Another original and big beast has gone. I feel very fortunate to have known him a little.

Jason Bonham ‏@Jason_Bonham
I'm devastated with the News that Chris Squire passed away . I spent a lot of time with Chris in the late 80's .... http://fb.me/4yrOkSVWM


neal morse ‏@nealmorse
I saw Yes open for Black Sabbath at the LA Forum in 1972 and it changed my life forever. RIP Chris Squire. One of the greats!


FOGHAT ‏@FOGHAT
We are sad to hear about the passing of Chris Squire. Our thoughts are with his family and friends... http://fb.me/2yDuaPmCi


Glen Drover ‏@glendrover555
One of my favorite bands and bass players of all time. Didnt see this coming at all. Very very bad day in the... http://fb.me/7joqI8I6b


shawn drover ‏@shawndrover
http://www.thedailybeast.com/cheats/2015/06/28/yes-co-founder-chris-squire-dies.html … HORRIBLE news. 1 of the most amazing bass players in history. Very saddened by this. :-(
Chris Squire