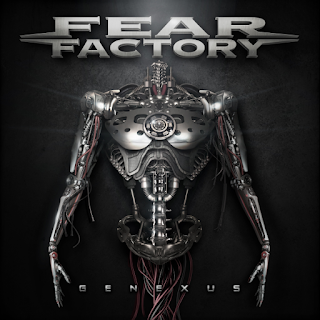 Fear Factory, will release their 9th studio album and Nuclear Blast Entertainment debut, entitled Genexus, on August 7th worldwide. In celebration of this occasion, the band will be holding a special pre-listening party prior to the album’s release, on July 23rd at the Complex in Glendale (806 E. Colorado St., Glendale, CA). This event is for those 21 and over, totally FREE, and open to the general public. All attendees will be entered in a raffle for a chance to win a Fear Factory Genexus guitar, courtesy of Ibanez guitars. http://bravewords.com/news/fear-factory-announce-fan-listening-party-for-genexus-vip-packages-for-coal-chamber-tour

Fear Factory will hit the road this July in anticipation of their new album. VIP packages are now available exclusively online via FearFactory.com/Tour-Dates. Packages include a meet and greet with the band, a photo-op with the band, autographed poster, autographed set list, t-shirt, guitar pick tin set, and VIP laminate.

For more info check out the following video: