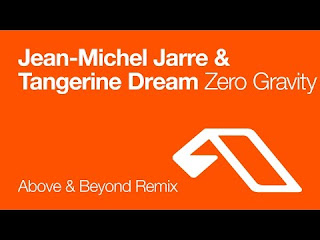 "For me, Jean-Michel Jarre is one of the founding fathers of electronic music. His music has always been sonically and musically creative, so when I first heard his music as kid it was one of the main things that inspired me to want to make electronic music. Jarre also created the big show format for an electronic performer.

I recall first discovering Tangerine Dream via the soundtrack to "Risky Business" and was very sad to hear of Edgar Froese's recent passing.

It was an honour to work with these two legends of electronica on our remix of “Zero Gravity" - the idea was to draw on the early influences from their music combined with ideas from the track itself, and then inject some Above & Beyond into the mix."