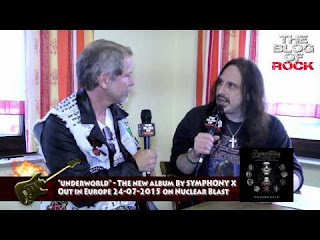 My busy buddy Mike LePond giving insights on the new SYMPHONY X album while he's been in Europe with his former fellows of HEATHEN'S RAGE to perform at Keep It True Festival 2015.
He also talks about his solo-project SILENT ASSASSINS which has been released with a little help from his friends via a Kickstarter-crowdfunding-campaigns.