The Element: recording the new album - "From Sand Pt II" 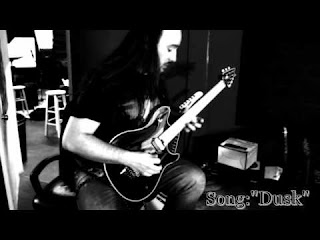 The band began with their debut concert in Brazil, opening for Blind Guardian in 2002. After they received such good reception in Brazil from their first album, "Mind Sludge", they decided to move their efforts to America in order to expand to an already fast-growing fan-base there.
After Rafael Macedo - Guitars/Vocals/Songwriter joined forces with Mitch Stewart (Circle II Circle)Bass/Co-singer/Co-songwriter, Marco Bicca (LoNero) Drums, and Jeremy Villucci - KeyBoards, the band had found it's perfect lineup.

Influences:
Led Zeppelin,Van Halen, Pink Floyd, Rush,Supertramp, Iron Maiden,Deep Purple, Pantera, Metallica, Dream Theater, Living Colour, Classical Music, Soundtracks, Pearl Jam, Alice In Chains, Symphony X and others. With such diverse knowledge they created their own identity which is presented in the form of The Element .