UK: one of Rolling Stones 50 Greatest Prog Rock Albums of All Time 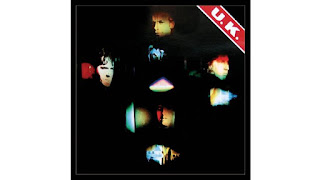 Prog disciples looked to U.K. as one of the most promising supergroups ever — the band featured ex-members of King Crimson, Yes, Roxy Music and Soft Machine. But they only stuck around for about three years, creating an intensely melodic blend of prog and jazz fusion on their debut, achieving orchestral intricacy without drifting off into self-indulgence. Eddie Jobson's twirly keyboards and weepy electric violin duel playfully with Allan Holdsworth's soaring guitar, while John Wetton's resounding bass locks in with Bill Bruford's syncopated drumming. After the album was released, Bruford and Holdsworth bolted, expressing disinterest in working on a more elaborate follow-up. "The theory was that America needs a new ELP," explained Bruford at the time. "Half of U.K. [felt that way], and me and Holdsworth thought that America needed Holdsworth." The remaining members never quite captured the debut's groove and broke up in 1980 — though Wetton and Jobson reunited in 2012 to tour. J.W.