Yes are gearing up to announce a European tour 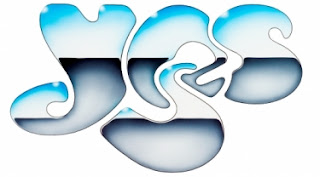 Yes are gearing up to announce a European tour featuring complete performances of classic albums Fragile and Drama.


It’s set to begin in Glasgow on April 27 next year and end in Bari, Italy on June 2, with stops in between including Sheffield City Hall on May 3 and AB Hall, Brussells on May 14. The full run of dates will be revealed soon.

On this tour, fans can look forward to a unique YES experience; the band will perform two of its iconic albums in their entirety, Fragile and, for the first time ever, Drama, in addition to classic YES tracks.

Legendary progressive rock band, YES, will have their 2016 UK-European tour kicking off 27 April 2016 in Glasgow, Scotland and wrapping up 2 June 2016 in Bari, Italy. They will touch down in the dramatic setting of Sheffield City Hall's Irwin Mitchell Oval Hall on Tuesday, 3rd May 2016.

YES will delight audiences with tracks from two of its most influential albums. Fans will hear long-time favorites, including “Roundabout,” “Long Distance Runaround,” “Heart of the Sunrise,” “Machine Messiah,” “Into the Lens,” “Tempus Fugit,” and more. In addition, YES will perform all tracks in the order they appear on their corresponding studio album.

“This is a first for us,” said YES guitarist, Steve Howe. “This is the first time we’ll be performing Drama in its entirety. In fact, most of the Drama songs haven’t been performed in some 30 years.” YES drummer, Alan White, adds, “Drama’s a great album, and we decided it’s long past due to bring its life and energy back to the forefront. We think the fans will love hearing Fragile and Drama in their entirety, and we certainly look forward to performing them.”

The 2016 tour marks a return for YES after the phenomenal success of their sell-out 2014 triple-album UK tour. The demand for tickets exceeded all expectations; YES are delighted to be able to give their fans this opportunity to see them once again performing live. This double-album tour will also see YES perform a number of their seminal tracks, “Owner of a Lonely Heart”, “Starship Trooper” and more.
Yes