Steve Rothery: The Ghosts of Pripyat - Gatefold 2LP on 180g vinyl plus CD - Limited to 100 copies! 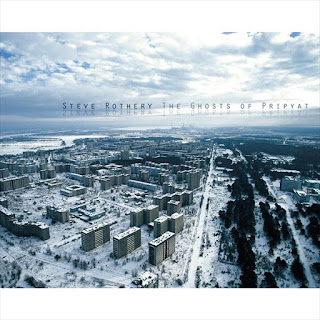 The legendary Marillion guitarist and founding member Steve Rothery has long been known for his unique playing style and famous for being one of the most important British rock guitarists. His diverse and atmospheric solo album “The Ghosts of Pripyat” offers a wide array of instrumental prog rock and also features guest appearances by Steve Hackett and Steven Wilson. After being released on CD in February 2015, now this opus will be released as Gatefold 2LP on 180g vinyl plus CD as bonus. https://www.insideoutshop.de/Item/Steve_Rothery_-_The_Ghosts_Of_Pripyat_-Gatefold_clear_2LP-CD-/16107
Steve Rothery