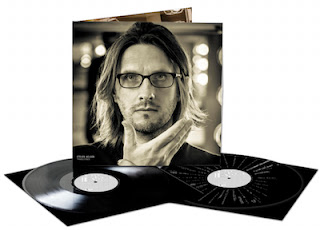 Exclusive - 100 copies of the album will be signed by Steven Wilson. The signed copies will be sent randomly across all of the preorders.

Featuring songs recorded between 2003-2015, Transience is a personally curated introduction to the more accessible side of Steven Wilson's monumental solo output.

A limited edition vinyl only issue scheduled to coincide with the second leg of the Hand. Cannot. Erase. tour, Transience contains a new recording of the Porcupine Tree classic Lazarus, which Steven has been performing on tour recently with his stellar live band. The new version is based on a live recording, subsequently overdubbed and edited in SW's private studio in July 2015.

Transience contains 13 tracks and totals over 1 hour of music. Pressed as a 3 sided LP in a lavish gatefold sleeve with black and white portraits of SW by Joe Del Tufo and Susana Moyaho, the fourth vinyl side features an etching of the original handwritten lyric sketches for Happy Returns.

This is a strictly limited one off pressing. Double heavyweight vinyl in gatefold cover with anti-static inner bags, the album comes with a download code.