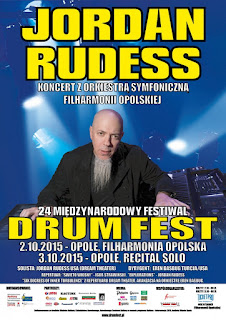 ream Theater keyboardist Jordan Rudess will be performing two special shows in Opole, Poland this October. The first will be with the Opole Symphonic Orchestra conducted by Eren Basbug and will feature Stravinsky’s “Rite Of Spring”, Jordan’s own “Explorations” and Dream Theater's “Six Degrees of Inner Turbulence” on October 2nd. The second show will be a solo recital by Rudess. Both events will take place at the Opole Philharmonic Hall (Filharmonia Opolska). Get the details here.

Dream Theater performed at the 2015 installment of the legendary Wacken Open Air. Pro-shot footage of the band's complete show can be viewed below.

The setlist was as follows: