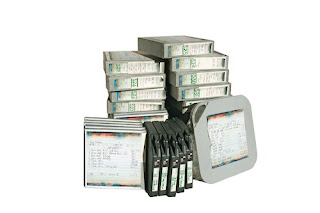 The 40th Anniversary Series reissues resume with the arrival of the THRAK BOX later this year. Here’s a helpful Q&A that tells you what you can expect from the the voluminous 16-disc set includes.

A: As the name suggests, it’s a boxed set of material by King Crimson drawn from the double trio line-up of the mid-1990s.

A: 12CDs, 1DVD-a, 1DVD & 2Blu-Ray discs, featuring studio & live recordings, many previously unreleased, from the earliest band rehearsals to their final gathering in Nashville in 1997.   In addition, much of the material is presented in new 5.1 Surround & Hi-Resolution stereo mixes.

A: CD1: JurassiKc THRAK - is an assemblage of material from the recording sessions for the album compiled by David Singleton - similar to ’Keep That One Nick’ on the Larks’ Tongues Boxed set - placing the listener in the studio with the band as the material was composed and recorded. You can, for example, hear the band experimenting with different drums parts for "Inner Garden" & a wonderful early vocal before that song was divided into two. Similar excitements await listeners with all the other songs. There are also seven pieces that didn’t make it onto the final album.

CD4: ATTAKcATHRAK (The Vicar’s THRAK) – is a sort of sequel to THRaKaTTaK insofar as it’s assembled from live improvs - but simultaneously very different – one of David Singleton’s best pieces of production. The editing process for the new improv album provides more form and function to the material without compromising the spirit of the original improvs.

Unlike THRaKaTTaK, which was based on stereo board recordings, this album is newly mixed in both stereo and surround sound from multi-track tapes.

CD5: THRAK - is the 2015 Jakko Jakszyk/Robert Fripp remix of the original album, described by Robert Fripp as “transformative – a re-imagining of stereo in the early 21st century.”

CD6: Byte Size THRAK - is a compilation of singles edits, live tracks from promos, a 12" mix edit – some of which are making their debut appearance on commercially available disc & extracts from writing sessions from the final Nashville rehearsals in 1997.

CDs7/8: Kcensington THRAK -is a newly mixed release of the band’s London concerts in 1995. Mixed from multi-track tapes by Jakko Jakszyk, and mastered by David Singleton & Robert Fripp ("to make it rock even harder" apparently). Other than video releases, it is also the first live show from this band available in surround sound (see Blu-Ray below).

CDs 9/10: New YorKc THRAK - features a complete setlist from the 1995 run of shows in the city, some material previously released on VROOOM VROOOM (now deleted) & the KC Club release On Broadway. Drawn from multi-track tapes, mixed by Adrian Belew & Ken Latchney - all newly remastered at DGM.

A:   If the stereo material sounds wonderful (& it does) the Hi-Res stereo & especially the 5.1 Surround Sound mixes are a revelation. This is a line-up that’s best heard in multi-channel Surround Sound.

These three albums also appear in Hi-Res stereo - THRAK in both its original & new stereo mixes - plus a further three complete albums are included in Hi-Res stereo, JurassiKc THRAK, THRAKaTTAK & the official live bootleg of one of the earliest shows by the double trio in Argentina: B’Boom.

A recipient of a test disc of BD1 summed it up: “The blu-ray audio is astonishing and presents all the material in a glorious new light. I can’t say enough about the wonder of this blu-ray.”

Blu-Ray II is no less complete & features an audio/visual feast:

1) A complete concert filmed live at The Warfield Theatre, San Francisco from 1995 - previously unreleased - with all footage newly transferred from the original tapes, mastered for high definition and 5.1 Surround Sound newly mixed by David Singleton from the multi-track tapes of the show

2) The live footage from the 1995 Live in Japan performance - all footage newly transferred from the original tapes, mastered for High Definition with the original surround sound remastered by David Singleton & Neil Wilkes.

3) Tony’s Road Movies - footage of the band on the road as filmed by Tony Levin - all footage newly mastered for High Definition & featuring a soundtrack of previously unreleased material drawn from the band’s earliest rehearsals in 1994 - the first time that Robert Fripp, Trey Gunn, Tony Levin, Pat Mastelotto and Bill Bruford met together (at Bill’s own studio). Originally captured in stereo on DAT, the audio has been up-mixed to Surround Sound so that all of the video features can be enjoyed in multi-channel audio.

4) The EPK of the making of the THRAK album at Peter Gabriel’s RealWorld Studios with newly mixed Surround Sound audio.  Additionally, this disc is being built to include a further unique feature whereby, with a press of a button, the disc will function as a pure audio disc for all audio material featured in the audio/video section.

Both blu-ray discs set new standards for what can be done with this format.  The DVD-a disc features THRAK in 5.1 Surround Sound & Hi-Res stereo of both the new & original mixes.  & the DVD features The Warfield Theatre concert & Tony’s Road Movies.

A number of reasons:  1) It wouldn’t make sense to try to make two editions - 1 with DVD/DVD-a & one with Blu-Ray.

2) Some fans want both - especially in America where a number of in car systems are DVD-a compatible.

3) Some fans want both if they currently have DVD & intend to buy a Blu-Ray player.

4) By including all options within the one set we can make it usable by the widest possible audience. None of the Blu-Ray or dvd/dvd-a discs are region locked & the dvd-a is a hybrid disc fully compatible with all dvd players.

A CD/DVD-a release in the same format as the other KC40th anniversary series will be issued on the same day.

A:   Mid-October - the 16th is the date we’re aiming for.

Q: Hmm, on second thoughts, I might be able to persuade my partner to get the big box for me as a Christmas present.

A: Good for you. Tell them to buy a large sheet of wrapping paper. The box will be in the same format & size as the previous boxed sets devoted to the 1972/4 line-ups – a 12" box with full-sized booklet, containing new liner notes, full details of the musical content, photos (some previously unseen) & memorabilia - lots to read & look at while listening & an ideal shelf mate for any of the LTIA/Road To Red/Starless sets when stored.

Q: Will I be able to hear any of the new material before I commit to buying the set (or convincing someone else to buy it for me)?

A: Yes, keep checking the DGMLive website where we’ll be posting audio (& maybe video) extracts in the weeks leading up to release.

A: Both the CD/DVD-a & the boxed set should be available to pre-order from Inner Knot or Burning Shed (mail order) & at local retailers everywhere by Mid-August (possibly earlier). DGMLive.com will announce a pre-sell date as soon as it’s confirmed.